ONE OPEN GUITAR CASE AT A TIME

Danny Patrick was born in Charleston West Virginia. His family moved to Cleveland Ohio when he was 12 years old. He attended West Tech High School and then worked for Jones and Laughlin Steel as an electrician and motor inspector for 31 years.

After retiring, he worked or Vallaire Golf Course (mostly for fringe benefits of free unlimited golf). Golfing and music are his main passions. He also enjoys fishing and trap shooting.

Danny has been married to Pat or 46 years and they have two children, George and Laura, as well as three granddaughters, Kaeley, Nicole and Julie.

Danny enjoys spending time with his granddaughters and encourages them to love music as he does.

Danny is one of the original members of the Hudson Wise Foundation Band and enjoys playing at events to raise money to help those who cannot help themselves. 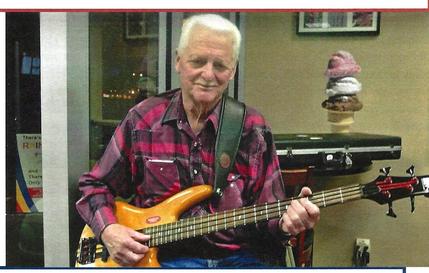 Danny Patrick Volunteer of the Year 2015.

ONE OPEN GUITAR CASE AT A TIME

Jim Spencer , our bass player has been a valuable and indispensable member of the Foundation Band for the last several years. He has always been willing to help us whenever the band has played. Jim is also an accomplished organist. Jim is quiet, but has a great sense of humor and has kept us laughing with is many jokes.

Jim worked for Great Lakes as a heavy equiptment operator for many years and later as a supervisor for other operators. He played a great part of construction I-71, I-480 and I-77.

Jim also enjoyed CB Radio and his handle was "Dive Dipper" but was commonly known as "DUCK" He beace close friends with Dick Ruf and they initially met over the CB..

He and Dick, both residents of Brunswick, serve as members of REACT , a crisis response team as well as assitants to the Brunswick police Force during special events. Jim and Dick played many pranks on others including kidnapping Dick's daughter from her wedding reception, Dick dressed up as a fake bride and shocked the groom!

Jim played with Darrell Hudson for many years and also at the Heritage farm in the late 90's and early 2000's as well as many other venues.

Jim is receiving the Gary Zimmerman Award because of his great talent, dependability and wonderful personality. The Hudson-Wise Foundation recognizes how fortunate we are to have him as a mem​er of the Foundation Band and we are very grateful for all he has done to help us. 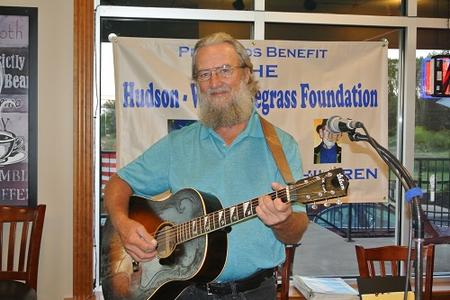